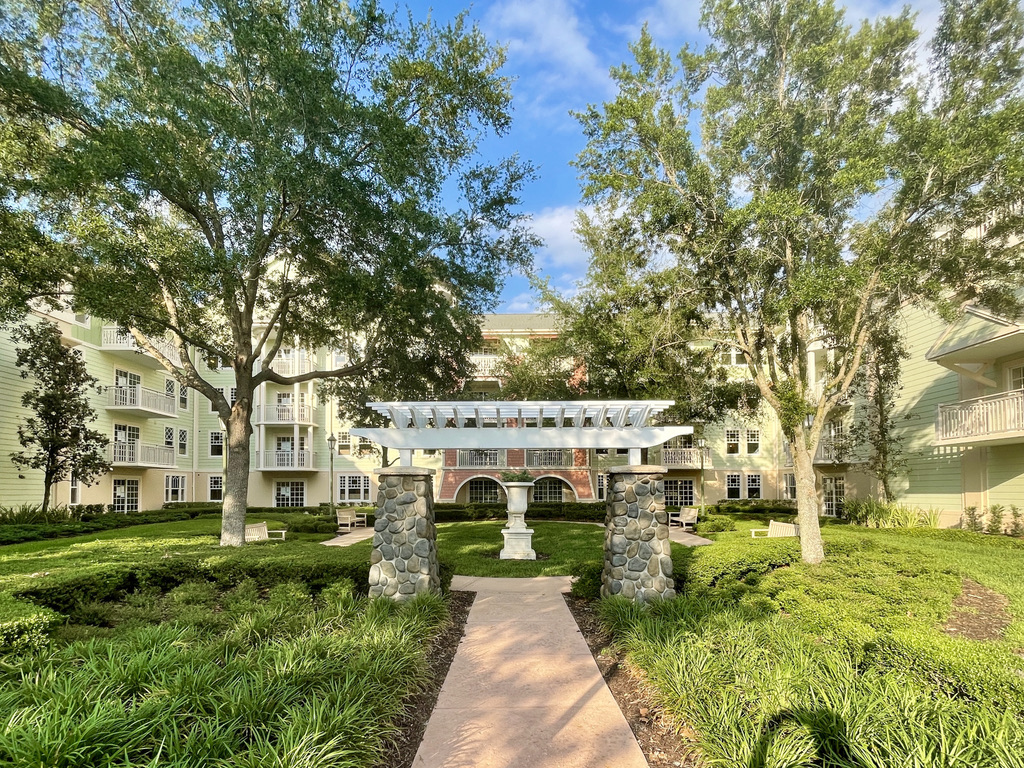 Median prices represent the midpoint of all transfer values for each resort and period in question. Transactions occurred at rates both higher and lower than the median, as illustrated in the chart below. 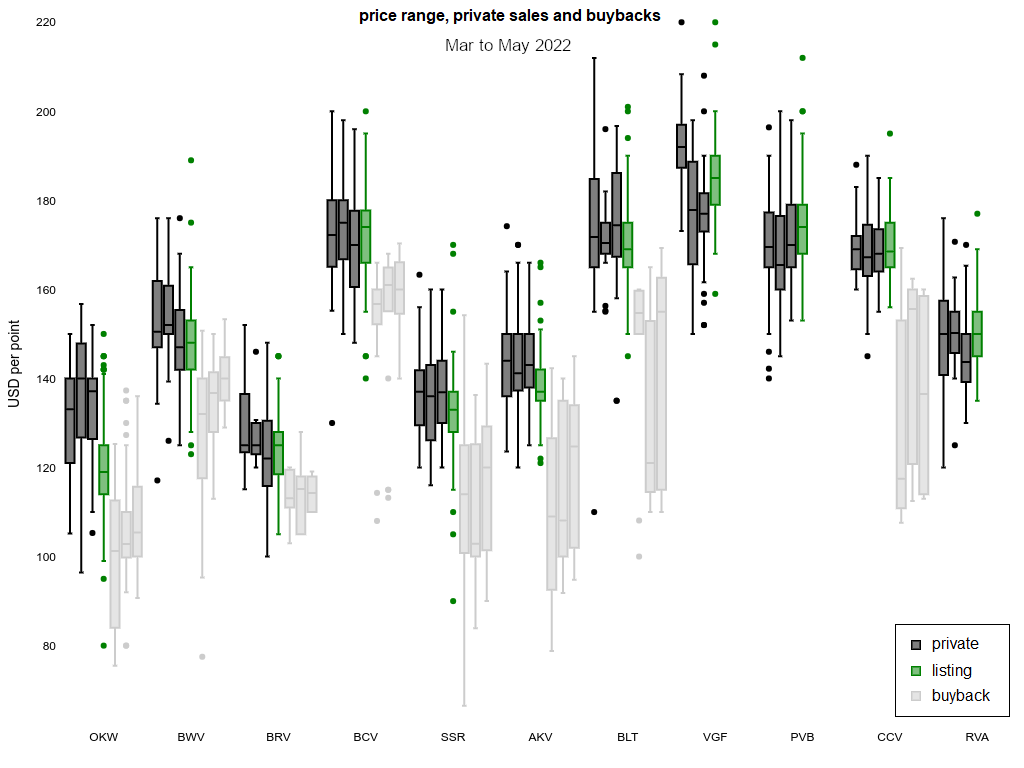 Median private resale prices were flat to down in May at most resorts.  Prices vary month to month due to a variety of factors including contract size.

Disney's BoardWalk Villas, Boulder Ridge Villas at Disney’s Wilderness Lodge and Disney's Beach Club Villas decreased in median resale price by $3-5 per point.  However, the value buyers ascribe to contracts at these resorts does not appear to have changed significantly.  Disney Vacation Development is buying back at these resorts at a lower volume than prior months.   Therefore, fewer lower priced sales have been recast as buybacks.  When buybacks were more aggressive, removing these data points from the resale pool artificially inflated the resale summary metrics.  Now resale prices are simply more reflective of the consensus market value.

Villas at Disney's Grand Floridian Resort & Spa's median resale pricing is essentially flat, consistent with the $14 per point or 7.3% correction reported previously.  Resale prices for Disney’s Riviera Resort continue to fluctuate. Useful conclusions remain elusive with only 79 total contracts sold in 2021 and 57 in 2022.  The long range resale value of Riviera is unlikely to be settled anytime in the near future.

In total, 58k points across 432 private sale deeds were recorded in May 2022 with the Orange County (FL) Comptroller, an increase of 29% over the prior month.  This number was lower than the 180k direct points sold for the same resorts.

Disney Vacation Development’s buyback activity in May suggests the change in maximum buyback price varied across all the resorts.  Boulder Ridge reversed the prior month's $8 per point increase with a $9 per point decrease in May.  Buyback prices at Saratoga Springs, Disney's Animal Kingdom Villas, and Bay Lake Tower at Disney's Contemporary Resort saw increases of $4-7 per point, likely driven by the increased buyback volume at those three resorts.

Buyback volume increased overall by 10% to 75k points.  The biggest individual change in buyback volume was a 49% increase from 5.0k points to 7.5k points at Bay Lake Tower.

Exercising its Right of First Refusal to buy back points can be a profitable venture for DVD. As the above price range data illustrates, DVD is frequently able to reacquire points for under $130 each at resorts like Disney's Animal Kingdom Villas and Disney's BoardWalk Villas.  Disney then sells the points to new buyers, with published prices currently $200 each for Animal Kingdom and up to $230 for BoardWalk.

Disney's Old Key West Resort remains a target of buybacks with DVD exercising its Right of First Refusal on a significant portion of recorded sales (86% of recorded points) for a maximum price of $136 per point.  The other 2042 resorts no longer appear to be primary buyback targets with only 33% to 39% of their recorded volume being buybacks.  As reported last month, Saratoga Springs has emerged as another buyback target with 83% of recorded deeds in May 2022 being buybacks.  Animal Kingdom Villas and Bay Lake Tower also appear to be developing buyback targets with 65% and 62% of recorded deeds appearing as buybacks.  Across all Walt Disney World resorts, 57% of points (75k points across 431 buyback deeds) were recorded in May 2022. In the case of Old Key West, Disney is able to re-acquire contracts slated to end in 2042 and bundle them with the resort’s 15-year extension.

Chris Dantès is a contributor to DVCNews.com, developer of dvc.market, and has been a Disney Vacation Club owner since 2020 at Disney's Riviera Resort. You can find Chris posting on many Disney forums under the username i<3riviera