Disneyland to spend $1B following extension of tax waiver

The Anaheim City Council has approved a 30-year extension of Disneyland Resort's admission tax waiver in exchange for a promise to invest $1 billion on its California theme park complex. 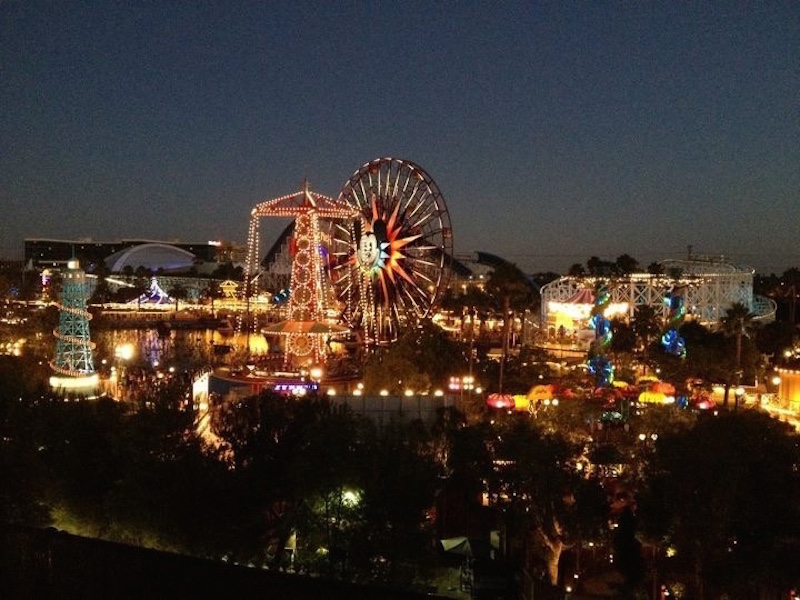 Twenty years ago, Disney forged an agreement with the city of Anaheim to exempt itself from any potential taxes imposed on theme park admission tickets.  With that agreement set to expire in 2016, Disney began lobbying officials for an extension.

On Wednesday, Anahim City Council voted 3-2 to approve a 30-year extension to Disney's tax exemption.  In return, Disney has committed to spending $1 billion on improvements and enhanceements to its property.

Among the enhacements is a new parking structure housing an addiitonal 5,000 spaces.  Disneyland'sMickey & Friends parking garage is currently among the largest in the world, accommodating more than 10,000 vehicles.  However, growth in theme park guest traffic has forced Disney to utilize numerous surface lots and even off-site parking for its Cast Members to accommodate the crowds.  A sizeable plot of land located at the southeast corner of Harbor Boulevard and Katella Avenue is currently designated the Toy Story Parking Area.  This land is earmarked for eventual development as a third theme park for the Disneyland Resort.

In a message to Disneyland passholders, resort president Michael Colglazier gave some hint as to how most of the $1 billion will be spent:

"Most of the investment could be devoted to a significant theme park expansion within the current Disneyland Resort property. With Marvel Studios and Lucasfilm now part of the Disney family, along with the impressive collection of Disney and Pixar franchises, Disneyland has tremendous potential to bring new stories to Anaheim."

No specifics were offered as to what the new investment may bring.  Disney is prohibited from using the Marvel characters within its Florida-based Walt Disney World complex.  Rumors have suggested that a Marvel or Star Wars-themed makeover has been considered for Disneyland'sTomorrowland.  Other speculation has pointed toward a potential Star Wars land on the current site of Disneyland'sToontown.

Another possibility for the funding is a new Disney Vacation Club property.  DVC's sole presence on the west coast consists of 48 villas at Disney's Grand Californian Hotel & Spa.  Disney once considered plans to add a fourth tower to the Disneyland Hotel which would include at least some Disney Vacation Club villas.  However, slower-than-anticipated sales for its Aulani resort in Hawaii reportedly contributed to a delay in further DVC construction in the western U.S.

Next month Disney will host its fourth D23 fax expo at the Anaheim Convention Center.  Observers are hopeful that Disney will finally reveal some future plans for both Disneyland and Walt Disney World at the event.

Disney's deal with the City of Anaheim also includes an option for 15 additional tax-free years if certain undisclosed investment criteria are met.