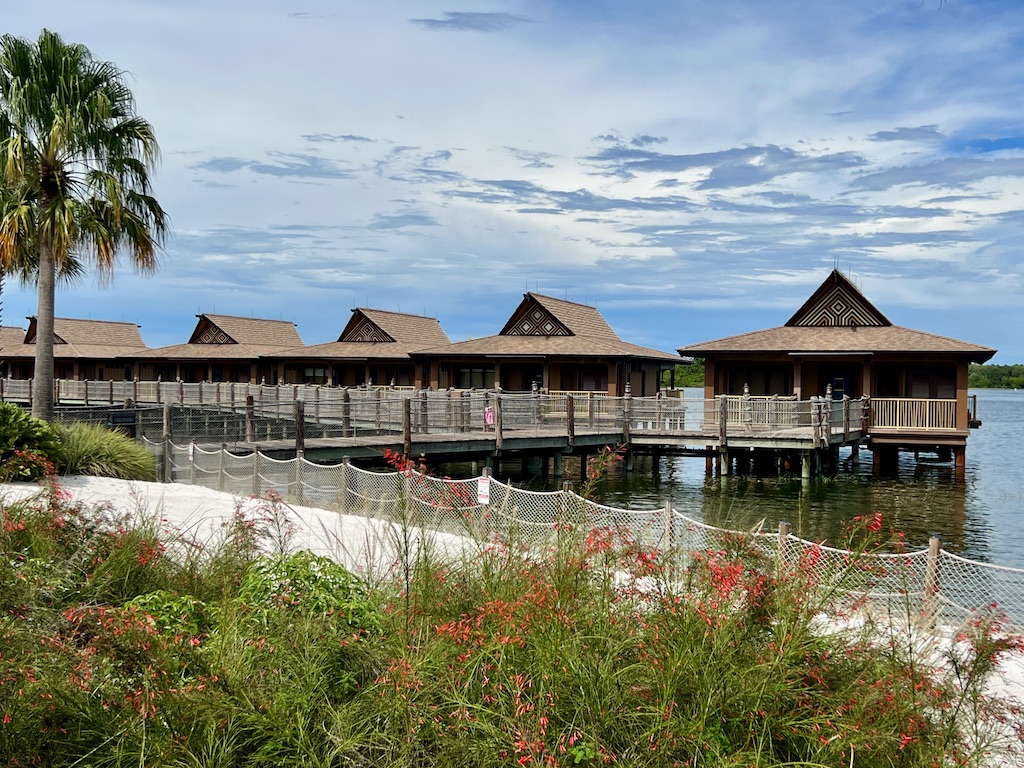 The Cascade Cabins of Copper Creek Cabins at Disney's Wilderness Lodge, the water top bungalows at Disney's Polynesian Villas & Bungalows and the Treehouse Villas of Disney's Saratoga Springs Resort & Spa are all set to close as damaging wind and rain approaches the Walt Disney World area. Guests currently staying in those locations will be relocated to safer accommodations, while those with upcoming reservations may be contacted by Disney Vacation Club to make necessary adjustments.

Disney Vacation Club has not yet publicly implemented its hurricane policy. However, reports from incoming guests suggest they are making accommodations for those who are reluctant to travel under current conditions. Those accommodations include allowing late cancellation of upcoming trips and returning points to members' accounts without application of the normal Holding account rules.

Walt Disney World has also announced that Disney's Typhoon Lagoon water park, Winter Summerland Miniature Golf and Fantasia Gardens Miniature Golf will be closed on September 28-29. Cancellation penalties for dining reservations and similar experiences are also being waived. No operating adjustments have been announced for the Disney theme parks.

Refer to the National Hurricane Center and other weather resources for the most up to date forecast information.