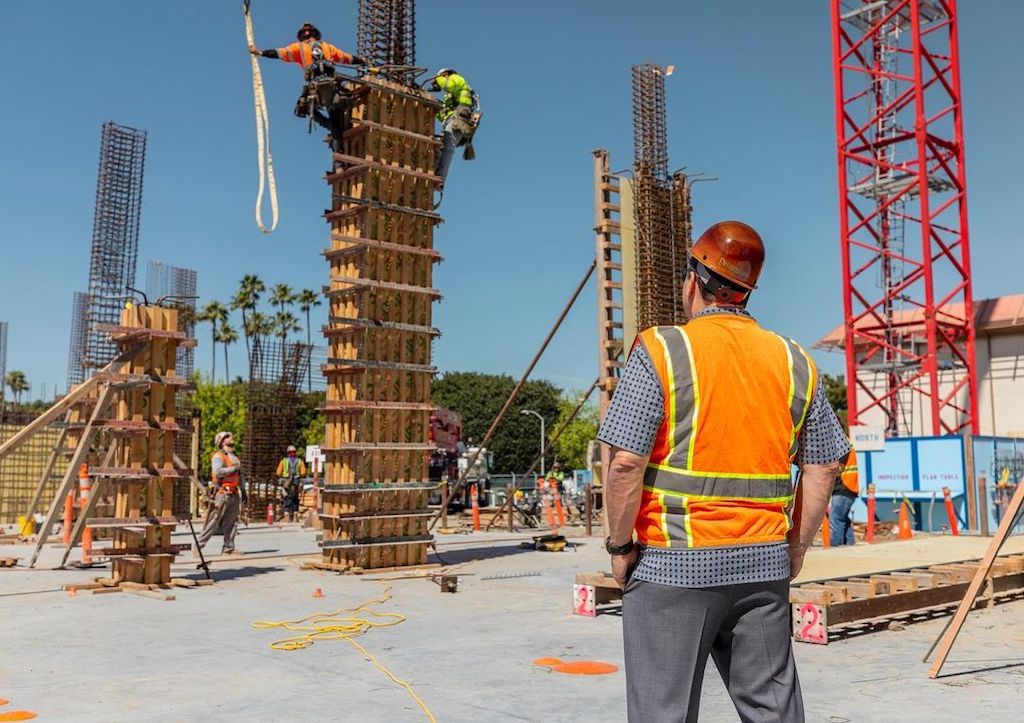 Vertical construction has begun on the forthcoming DVC project, located on the grounds of the iconic Disneyland Hotel. Via his Instagram account, former DVC executive Ken Potrock shared several photos along with the following caption:

"Vertical construction has begun on the proposed new tower coming to the Disneyland Hotel! I had the chance to stop by for the special moment with colleagues from @waltdisneyimagineering. It’s exciting to see this future addition to @disneyland begin to take shape – more ways for our guests to make memories with loved ones."

Potrock was the Senior VP and General Manager of Disney Vacation Club from 2013 until 2018. He has served as President Disneyland Resort in May 2020. 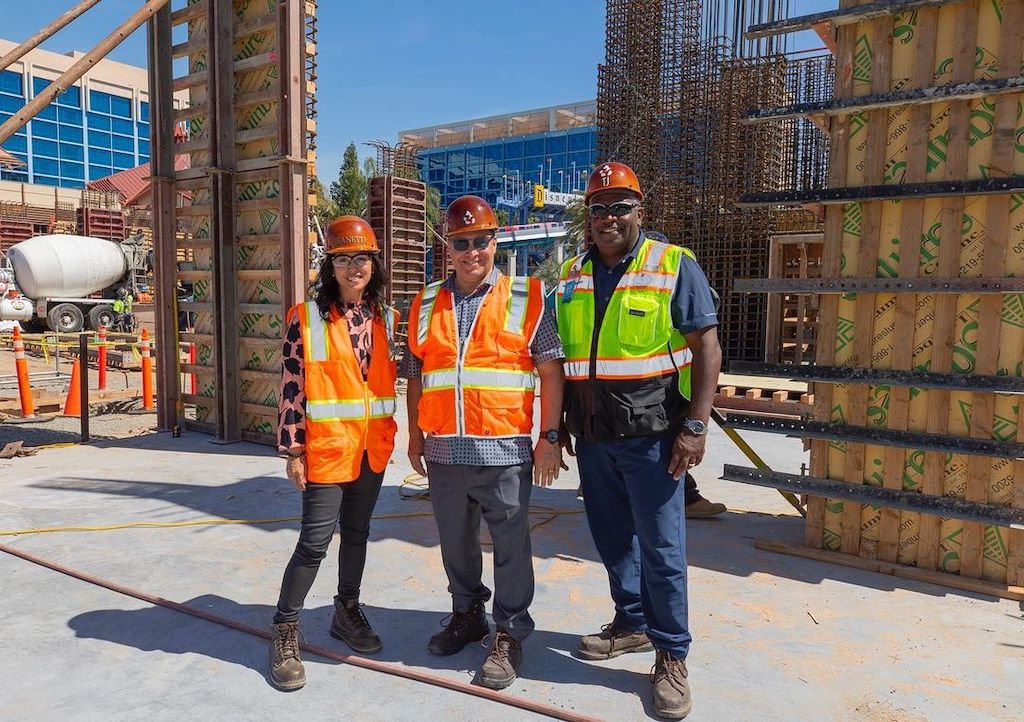 It is an exciting time for Disney Vacation Club members with no less than 3 different projects announced and in various stages of development. The new Resort Studios at Villas at Disney's Grand Floridian Resort & Spa are currently being prepared for guest use with an expected opening in late June 2022. The Disneyland Hotel tower is slated for a 2023 opening as the second DVC location at the west coast theme park complex. Earlier this month, DVC revealed plans to build a multi-story tower at Disney's Polynesian Village Resort with a 2024 opening.