In recent months DVCNews has extensively covered the process of acquiring a Disney Vacation Club deed by bidding in a public foreclosure auction.  Now Wil Lovato speaks with an owner who actually participated in more than a hundred auctions. 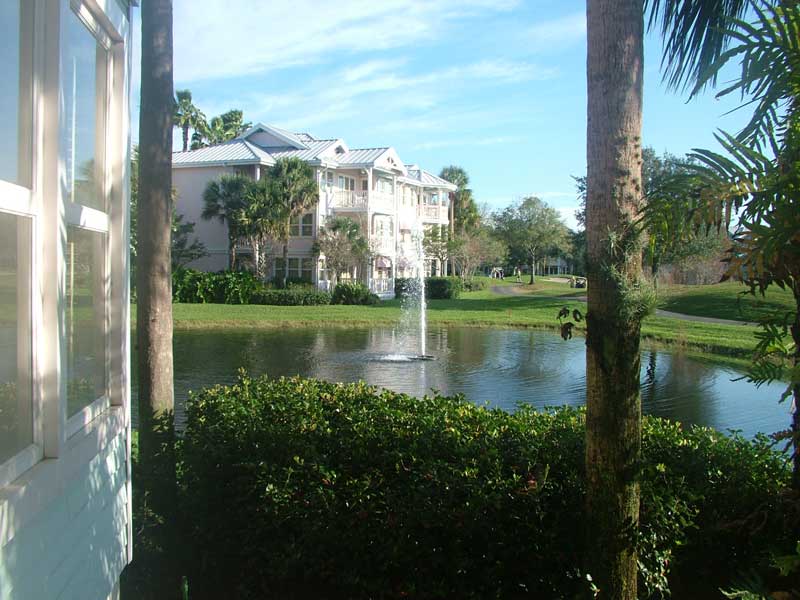 Recently, a Disney Vacation Club member, who I’ll refer to as Joy, told me she had won a DVC deed at a public foreclosure auction conducted by the Orange County, Florida Clerk of the Courts. I asked Joy several questions about her experiences and found Joy’s answers quite enlightening about the entire process, from locating deeds that were being auctioned, to the bidding process itself, to what happens after a deed is won. With Joy’s permission, here are some of her responses about getting a DVC deed via the auction process.

How easy was it to participate in these judicial foreclosure auctions?

The information in the “Foreclosure Process” and “FAQ” sections on the Orange County Clerk of the Court’s website (LINK) was all I needed. The only thing I was confused about was the “overbid tool” but then I realized that it only applies to Plaintiff Representatives. If someone is interested, go ahead and register on the website and make the ACH deposit for 5% of the maximum amount they are willing to pay for a contract. There’s nothing to lose since you can request a refund for the deposit. It takes several days to clear and show up in your account, so you can plan on participating in bids in about a week. If you try to submit a bid that is higher than what you have deposited to cover, the bidding tool lets you know and won’t accept it.

How did you discover which DVC deeds were being auctioned?

Once a Judgement Order is filed [by the Circuit Court] with an auction date, you search for it on the Orange County Comptroller’s website (LINK). Auction dates run an average of 4-8 weeks after the Judgement is filed. If I wanted to start participating in bids on March 2, 2016, I would [search for Judgment Orders that were filed] starting around January 10 to the current date. I put “Palm Financial” [Disney’s affilliate company that handles mortgages] in the Grantor field, uncheck the “Search all document types” box & check on “Judgements” only, then hit the ‘search’ button. That will bring up a list of all the Judgements on Disney foreclosures during that time frame.

The information [obtained from the search], though, is minimally useful for choosing a deed unless your main concern is which resort you want. I printed the list, which served as my worksheet. I underlined the Orange County Court Case number, the location (DVC resort), and the Unit number. Then I clicked on every one of them (this is the time-consuming part), one by one to “View Image”, wrote the Judgement amount on my worksheet and make sure I have the correct name of at least one of the Defendants, and note the auction date as well as double check which DVC property is listed.

I then picked the deeds I’m interested in. I went back to the Orange County Comptroller’s website [to find the number of points and Use Year for each deed]. I entered “Disney” in the Grantor field, and filled in the Defendant’s name (Last name & first name, no punctuation; the website search engine is very picky about spelling, initials, double or hyphenated last names, etc.) of the deeds I want to know more about. I then chose “Deed” under the document type and SEARCH. There may be multiple deeds returned by the search, and I find the one that matches the listing on my worksheet. I clicked on the match to View Image; this will bring up the original deed which will show the Number of points and Use Year.

I always look for anything fishy [when viewing the original deed]. I was hesitant of deeds with a lot of names listed. If you are really interested in one particular property, you can also go back to the search and check the box to search for ALL document types [related to the Defendant] to see if there are other legal actions that have been filed relative to the property. This additional search may show something like a defaulted loan.

How many auctions did you participate in before you finally won a deed?

107 auctions over a period of 12 weeks. At first, I bid low on everything but I realized that the small deeds that I was interested in weren’t going to sell for a great price. Better deals are available on bigger point contracts.

I found that I wasted a lot of time looking up a lot about a deed I’d set my heart on winning because, when it came right down to it, Disney was willing to pay almost the same amount as a deed is sold on the resale market. There were no great deals to snag on small point properties.

Also, some of the scheduled auctions are cancelled. I guess the owners settled [with Disney.]

One thing to keep in mind is that the properties don’t necessarily come up for bid in the exact same order they are listed on the Clerk of the Courts’ calendar which is available on the realforeclose.com website. I would always print the listing page of a property I wanted to bid on so I could keep up with where the bidding was on Auction Day, which can last several hours. Several properties frequently have the same Circuit Court Case number and may come up differently than shown on the calendar listing, causing you to miss your property if you wanted to make progressive bids in real time. I think most of the properties that go to third party bidders go to someone who has calculated their bid and submitted it in advance [as a presale bid], which is different from me. I wanted to participate in the bids, but that meant I couldn’t place a large bid for several on one day or I might win them before I could retract the bid!

Once you won your deed, how long did you have to pay the taxes, fees, and bid payment to the Court?

I won my bid at 1:37 PM and received an email at 1:40 PM showing my invoice, including the Clerk’s fees & Deed Document tax stamps due with specific instructions on how to send them and a link to the website to make my payment. The Clerk of the Courts was very clear that payment was due by Noon the following day, so I initiated a wire transfer by close of the day. I also got a phone call that afternoon to remind me. It was very efficient.

However, I was under the impression that “unpaid assessment”, which I took to mean Dues/Property Taxes that were shown in the Judgement Order would be paid out of my bid. I discovered I was still responsible directly to DVC for those.

What communications did you have with DVC after won the deed?

I initiated all communication with DVC. During the process of registering on the RealForeclose.com website, I listed my name only. Once I won the deed, I called Member Services to see if the deed could be issued with both my husband’s name and mine but it was too late. [The titling of the] deed will be exactly as registered with RealForeclose at the time of the bid but it can be changed on the website anytime before.

I received a Certificate of Sale from Orange County about 10 days after winning the bid, then a Certificate of Title from Orange County about three weeks after winning the bid. I called DVC shortly afterward and was told that Member Accounting hadn’t recorded the transfer of Title yet so the deed was still in the previous owner’s name. Unfortunately, this was the time of year when Member Accounting is responsible for collecting annual dues and I was told that, due to this, it would take a while longer than usual. I tried calling once a week and I even faxed a letter and copy of the Title to Member Accounting. Finally, a CM I talked to in Member Administration saw where the payment had been received and told me it would be recorded by end of week. My new Member card was delivered two days later via FedEx.

How were you notified about other expenses owed DVC because you were the new owner of the deed?

I was told I had to pay for annual dues before they could transfer the account. It wasn’t broken down for me until I asked, then I was only told there was a late fee of $25 because it was after February 15, 2016 - by 7 days - and interest of $43.15. Now that I can access my account online, I was able to view an “invoice”. I was able to figure out that I paid a full year annual dues for 2015 as well as 2016.

How long did it take from making the bid until you had full access to your points?

From “”Winning bid to Points” took 47 days for me, but should be shorter at other times of the year.

Will you bid on future auctions?

Since I had previously bought a deed on the resale market and knew how long it took (full 90 days) to actually get my points (plus the anxiety of not knowing if Disney would exercise its Right of First Refusal), I was motivated to go the public auction route. I acknowledge there is risk. I wouldn’t recommend it if you can’t live with losing your money. The Clerk of the Courts is very clear that any problems are your responsibility.

An interesting note: I had picked 3 different 50-point deeds that were being auctioned the day I finally won one. I didn’t get the other two, and I had reached my “preset” limit on bidding for the last one but I was really curious about how high Disney would go. So I went $100 up, and the next bid came up “$xx87.50” instead of an even $100 amount. I suspected that meant Disney had reached its limit. Curiosity got the best of me so I went up to the next $100, and sure enough, I won the bid. So if you see the bid go to an odd amount (not even an 100), you most likely will outbid the Plaintiff if you go up to the next amount. Since I was bidding on a 50-pt contract, every time I went up $100, I was paying $2/pt more. At the time, Old Key West was going for about $83 a point on resale markets and Disney bid $87.75 point, so it doesn’t make sense. I didn’t really beat the resale price BUT I didn’t have to closing costs and I didn’t have to wait for ROFR.