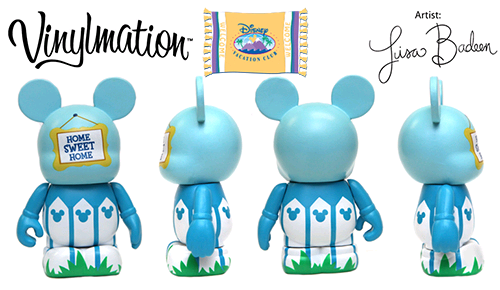 The new 3" figure is set for release on February 15, 2013.  Priced at $14.95, the Vinylmation will be available at Downtown Disney "D Street" locations in Walt Disney World and Disneyland.  A Disney Vacation Club member ID must be presented at the time of purchase.

The figure will remain available while supplies last.

Note that information released by Disney does not indicate availability at DVC resort gift shops.  However, prior DVC Vinylmation figures have been stocked in limited quantities at the resorts.  We recommend inquiring with a Cast Member as they may not be placed on display.