Written by Tim Krasniewski. January 23 2020 Posted in Other Resorts News

Deluxe Studio villas will dominate the proposed Disney Vacation Club resort at Disneyland according to a recently-filed site plan. 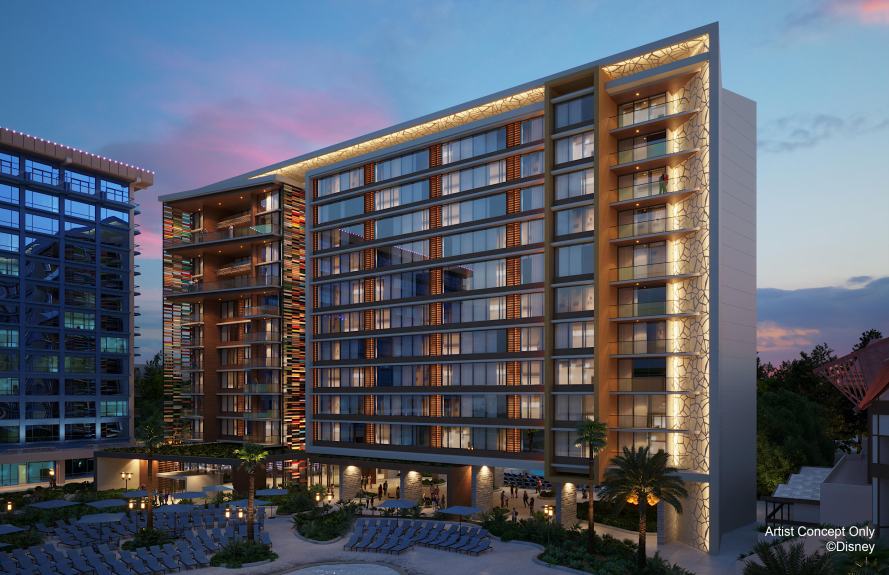 The Orange Countys Register has shared a wealth of information on the new DVC project, along with the first piece of concept art.

The new resort was revealed back in November when Disney submitted an initial proposal to the City of Anaheim. Plans call for the new building to be constructed on the grounds of the Disneyland Hotel. Newly-revealed concept art shows a design which mirrors the hotel's three existing towers.

According to new documents, the 12-story building will sit on approximately 2 acres of land, and include the addition of 307 parking spaces.

In a DVC first, the new building is heavily weighted toward Deluxe Studio villas with 271 of its 350 rooms being the traditional hotel-style accommodation. The building would also include 38 two-person rooms similar to the Tower Studios at Disney's Riviera Resort. 19 one bedroom villas, 20 two bedroom villas and 2 three bedroom Grand Villas round out the project.

Among the amenities featured in the site plan are a Mickey-shaped spa and outdoor pool bar.

The ground floor features an open-air, pass-through lounge. Most guest services would be provided via the existing Disneyland Hotel resources including front desk, bell services, dining and retail.