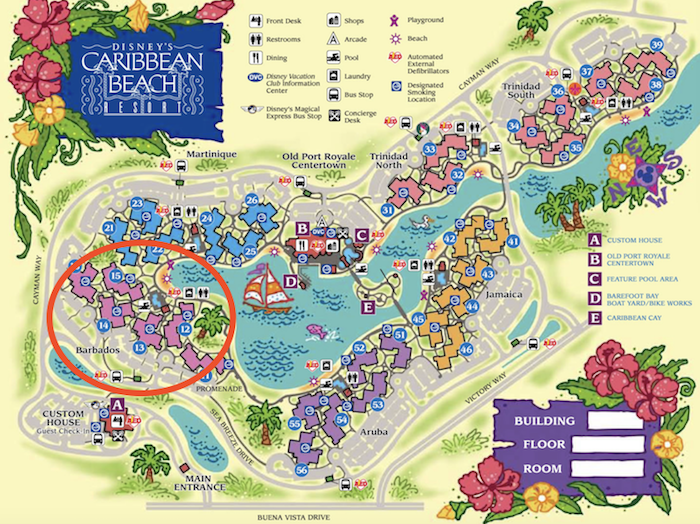 One of the difficulties in planning construction projects is getting a proper idea of how the new structure(s) will mesh with their surroundings.  Will a new building rise above surrounding foliage?  Will it be visible from nearby resorts or theme parks?  Will the new building dwarf adjacent buildings?

Balloons are often used to gauge the height of new construction.  Flown to match the eventual height of the prosposed structure, the balloons allow designers--and decision-makers--to get an idea of how new facilities will impact the skyline.

The balloons witnessed at Caribbean Beach were reportedly near the Barbados buildings.  The accompanying images highlight Barbados in red. 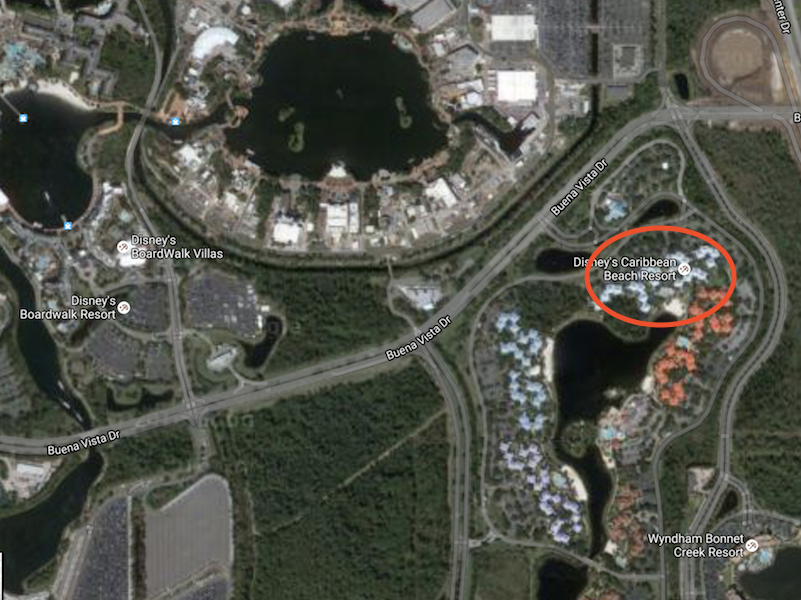 Two years ago, DVCNews first reported that construction at Caribbean Beach Resort was on Disney Vacation Club's radar.  That plan involved demolishing existing buildings and constructing new facilities for the DVC villas.  More recently, another website suggested that plans were centered on a plot of land to the south of the existing resort, at the extreme opposite side of property from the reported test balloons.

For photos of the apparent balloon test, visit WDWMagic.com.